The Pros and Cons of Visual Inspection

Completing a visual inspection is one of the most common verification methods used the assess the level of compliance in a food business. Not only is it cost effective when compared to other verification methods, it can be performed by anyone in the business who has been adequately trained. Check out my recent post to find out:

You can read this article by clicking here

The past month has been seen strawberries hit the headlines in Australia after a food defense issue sparked an influx of copy-cat incidents Australia wide. The initial contamination was reported as occurring after a disgruntled employee embedded sewing needles into several punnets of strawberries. By nature, fresh produce has a greater risk of intentional contamination due to the lack of tamper resistance packaging. I watched with interest as the crisis unfolded to encompass to what I identified as three levels of contamination.

The first level was that performed by the disgruntled employee at the site. The second level was via mentally unstable members of the public going into supermarkets and inserting sewing needles into fresh strawberries and other produce, and thirdly, consumers inserting needles into their own products and then posting on social media for personal attention. It was a great example of how a small incident blew out into a major country-wide crisis fuelled by the stupidity of attention seeking consumers.

So, in saying that, have you considered the impact of social media on your food business when it comes to media reporting, customer complaints or food contamination incidents? Check out this quick video by Steve Hather from The Recall Institute on how you should use social media during a product recall.

If your business is required to maintain third-party certification to the BRC Global Standard for Food Safety, you should hopefully know that Issue 8 has now been released. If you are interested in downloading a free copy of the standard, click here.

BRC have also release a free download of an Issue 8 Auditor Checklist and Site Self-Assessment Tool. This is a great internal auditor checklist for you to assess your compliance.

If you are not currently certified against a GFSI recognised standard but would like to work towards industry best practice, I highly recommend that you download a copy of the standard. (Just select Free PDF from the Dropdown) What records should you keep for food traceability?

During a recent audit I was required to complete a traceability activity. One of the questions I was asked by the food business was what records you should keep for food traceability. Here are my top suggestions:

1. Receival records: This record should log everything that comes into your food business and include any applicable traceability information like batch codes and/or expiry dates.

2. Raw Materials Issue Record: This record aims to document who and where your raw materials go after they have been received. For example, 30kg of salt was released to the baking mixing area.

3. Product Formulation Record: When you are producing a product, you should always record what batch number and what quality went in to make that recipe / formulation.

Click here to keep reading this article to find out another five (5) records you need to maintain.

Effectively performing internal audits on your food business is not only a requirement for third-party certification and FSMA compliance but it is also essential for the operation of a successful business.

The HACCP Mentor Internal Auditing course has just had a major face-lift to make it more engaging and interactive. It now also comes with a swag of templates to download along with a full course workbook.

If you have ever wanted to improve the way you do your internal audits or if you need to meet the definition of a qualified auditor as described under §117.180 Requirements applicable to a preventive controls qualified individual and a qualified auditor click here for more details.

Food Compliance in your Food Business - Have your say!

I am interested to find out where you are struggling with your food safety compliance. It really helps to shape the articles that I write and the information that I share. Let me know your answer to this month’s question by completing the form below. The Food Safety Live 2018 online conference website is now live and ready for you to register. This is a great opportunity to hear from leading industry experts (for FREE!) on topics such as:

The topic that I will be presenting is “Educating consumers on maintaining food product safety”.  Don’t worry if you can’t make the early start as it will be recorded for you to watch at a later time.

Here is a list of a few articles published that I read that you may find interesting or informative.

Enter your name and email below and click "Get Free Updates" 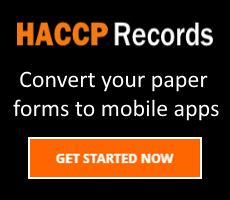 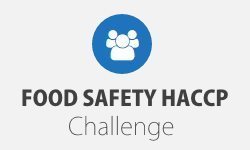 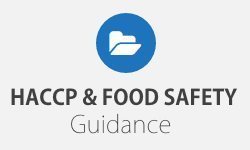 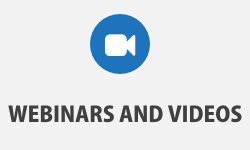